skip to main | skip to sidebar

It's been awhile. Grad school, motherhood, and life has gotten in the way of creative expression but I have decided no more. I need a creative outlet again and writing my sappy journal entries for myself is just not doing it for me.
First goal: buy a new lens for my DSLR.
...to be continued...
Posted by m a r i a n a m o s c o s o at 1:32 AM No comments:

Poor blog. Poor sad little blog. It has become a barren wasteland of random ideas, rarely written eloquently. At times I worry how easy it is to find this insignificant blog and...insert here the 'private' portion of my thoughts that I am not so willing to express in this public medium. What is the point of having this blog if I feel I can no longer openly express what I feel? That even my 'art' must be censored. I have become cautious in my old age. I have become boring. Absolutely boring (in terms of the internet world).
Posted by m a r i a n a m o s c o s o at 11:24 PM No comments:

Diary of an Italophile: Italy January 2012

Within the first three days back from Italy, I attended class, spent time with my daughter, with friends, and had gone back to work. It was so incredibly busy, I felt literally FLUNG into my life--which was good for my post-traveling blues.
Today, twelve days back in the States, I want to say that I don't feel back in the swing of things and in my head, I still feel a foreigner here. Everyday is a battle with myself, I fluctuate between being heartbroken and to being happy to be surrounded by so many loving people especially my daughter. I feel guilty that it seems like I am always counting down the days until I can go to Italy again or plotting my escape route back while carrying on in my "normal" life. In many ways, I sort of feel my blog has turned into an account of how much of an Italophile I am and my Italian adventures instead of my artistic endeavors. Is this what my life has become? The perpetual waiting to the next time I am in Italy?
I know this blog makes me sound like I am not grateful for the experiences that I have had, believe me, no one knows how incredibly thankful I am for this opportunity and previous trips. If I weren't awarded this grant to do research for my honor's thesis, I would have no clue when my next trip to Italy would have been so believe me, I am thankful for every gift the universe has given me.
But Italy, it's got that something that just has dug itself so deep into my soul and I cannot hide it. Every time I start to talk about Italy, my eyes light up, I get a fluttering excitement in my tummy, I smile, and sigh--I display all the signs of being madly in love. To these reactions, I often get the suggestion to move to Italy. Believe me, with every suggestion I get, I convince myself the universe is telling me to pack my bags and get on the next possible flight. I wish it were that simple. If it were, I would have never left the first time I went.
But let me turn this entry over to one of the main concerns of this blog: photography.
You know what I enjoy the most about being back? When people ask to see my photographs. Not only do I get the opportunity to relive the excitement of my trip but I have an excuse to look at my pictures without feeling guilty of looking at them when I should be doing more important things. And then, I also love people's comments.
Usually when I have shown these photographs (below), I get interesting comments. I suppose most of the time they expect to see some photographic documentation of me with a cheesy grin in front of X monument or location--instead they find themselves with photographs of empty plates, cappuccinos, random graffiti, etc…I guess to me there are enough photographs of monuments that it really takes away from the moment for me to photograph such redundancy. When I photograph my adventures, I want to document the REAL moments of my experience. I want the moment lived, the memories that come along with the moment. I want those to last forever! What use is another photograph of the Trevi Fountain? Just because I clicked the shutter or stand in front of it doesn't make it more or less special but it is the fleeting moments that escape, like a funny face of a friend, a delicious pizza, or an amazing sunset that mark an important conversation. It is those moments I want to remember because when I think about it, even photographs are only partially satisfying to reality because I still have to depend on the power of memory to truly transport me there.
In any case, here is a little taste of some of my most interesting moments (I am willing to share) in the order of occurrence with captions:

I keep running a fever above 102℉ (39℃) since yesterday--in fact, I am certain I have a fever right now since I feel extremely cold but my skin is burning to the touch. Perfect timing if you ask me with all of the final papers and studying I have to do. I even missed the UCD General Strike today...or maybe I participated considering I have only moved from my bed to the couch and from the couch back to my bed. No school for me, just hallucinations. The day has been a haze, alternating between reality and a feverish dream like state.
In my feverish delirium this morning, I thought I was back here: 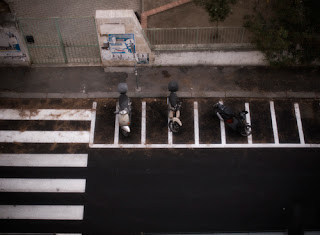 I even called out to (insert name here). It's my biggest held secret and it is better this way because this way it is only mine. The truth is, it's not wanderlust, it is love that takes me back to feverish August nights. They were so painfully short in memory and right now I feel a yearning...I want to go back. Or maybe I am stuck in a perpetual delirium, alternating in between a feverish lustful and loving influenza of the heart, body, and mind.
Posted by m a r i a n a m o s c o s o at 8:02 PM 1 comment:

Eulogy to my grandmother

This blog actually started out as a response to an email of a friend asking me how I was feeling from the death of my grandmother. Then I realized it was probably more than this person actually wanted to read so I decided to respond with a simple ok and spill the wreckage here:

I have 236 pages of reading tonight to complete for my classes tomorrow and I have read maybe 97 pages or so. I am so easily distracted and I have one obsession driving me crazy right now: Italy.
Instead of doing the reading I was assigned as homework, I have spent the last couple of hours reading, looking, etc about Italy...more specifically Rome. Maybe it doesn't help that I am reading Renaissance literature this summer and am studying the Italian Futurists in my "Avant-Gardism" class. Maybe all this love of Italy is birthed from the fact that I cannot get away from it. She is everywhere but then again she is here by choice, she is not forced upon me. After all, I have chosen to double major in Italian.
Did the whole universe conspire to this love? Was that fateful day in which I left to what I thought to be "randomness" to learn a new language predestined?
I cannot say. All I can say that that July of 2009 when I pulled "Italian" from my plastic bag, I was somewhat relieved that I wasn't going to have to learn a whole new script for Arabic. I remember immediately going to Livemocha and beginning my Italian "courses." Arguably we could say that Italian is so similar to Spanish and this has greatly facilitated my learning of it but I was also rather obsessive in my learning. I used to listen to the radio constantly, watched movies, tried to read in Italian--I am still amazed now when I listen (much less frequently) and I understand. I can understand! Isn't that amazing? Furthermore, people understand me! I speak and they understand me! I am by no means fluent but I am still amazed. I am amazed that what was once undecipherable is now intelligible language. Is it this that made me fall in love? Have I replaced all sense of romantic love into a country? It is possible.
I often say I am glad I am not Italian and I am very serious when I say this because if I was I probably would not love Italy as I do. The beauty of Italy is that it is not my own but foreign. Even in all of its foreignness it is mine because she has it all: art, food, language, music, landscape. She is not mine by obligation, she is mine because I have chosen her to be my lover and she always welcomes me with open arms. She does not stifle me. She accepts me with all my virtues and faults. And I have proof she loves me back because even when I visited her in winter she provided me beautiful sunny days and only rained the day of my departure.
Le sigh.
Do not ask me why I love her because I cannot tell you why. I just feel it. You know that sensation, the one that gives you butterflies in your tummy, that makes your chest ache, that makes you smile immediately at the thought...Italy is this to me. I cannot help but think of Carrie Bradshaw (sorry for those who never saw Sex in the City) and how she describe New York City as her lover. I understand now fully what she meant. The idea of Italy is so powerful in my mind, the ideal portrait of the Old World still living. Granted all of Europe contains this element but in Italy it is different. Maybe her landscape often reminds me of California and there is some comfort in that. Maybe it is the fact that the art I have loved from my childhood is housed in the Uffizi in Florence. Maybe it is the incredible diverse amounts of cheese and wine. Maybe it is the people and their melodious language accompanied by hand gestures. Non so e non posso spiegarlo, solo so che l'ho nel cuore.
Posted by m a r i a n a m o s c o s o at 1:16 AM No comments:

Caution: I come with a warning label 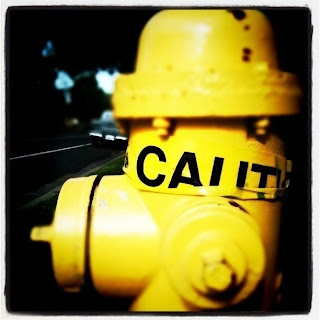 I need to travel!

m a r i a n a m o s c o s o
Life and art from someone who knows little to nothing.